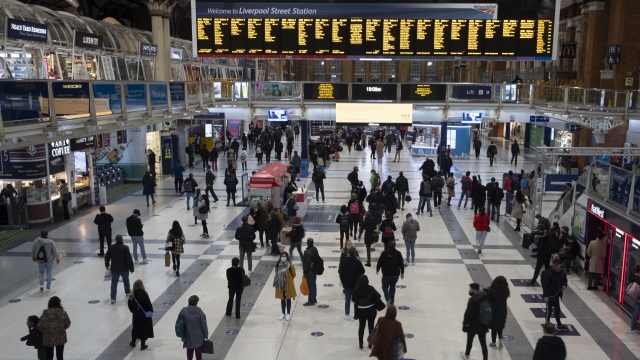 SMS
COVID-19 Cases Surge In Europe As Leaders Impose New Restrictions
By Antoinette Miller
By Antoinette Miller
October 25, 2020
Spain and France top 1 milIon cases and Ireland is in a six-week nationwide lockdown to try to control the spread of the coronavirus.
SHOW TRANSCRIPT

Leaders across Europe are scrambling to implement new restrictions as COVID-19 cases and deaths continue to rise.

In Spain, reported cases of COVID-19 have surpassed 1 million – making it the first European country to reach the bleak milestone. Only hours later, it was joined by France hitting the million mark.

Spanish Prime Minister Pedro Sanchez said the real number of infections for his nation could be more than 3 million due to gaps in testing and other factors.

In Italy, leaders have closed gyms, movie theaters and imposed a curfew at restaurants in an effort to curb the spread of COVID-19. The country has seen more than 525,000 cases and has the second highest death toll in Europe behind the U.K.

In Paris, an overnight curfew has turned the La Ville Lumière, or the City of Light, into a ghost town, according to one report.

Ireland reimposed a six-week nationwide shutdown last week, as its cases surpass 56,000. The country has ordered all nonessential businesses to close and for all residents to stay within three miles of their homes.

While some countries consider strict moves like Ireland's shutdown, others want to try milder restrictions because of how damaging earlier provisions were to their economies.

Spain's Prime Minister said a curfew from 11 p.m. to 6 a.m. would begin Sunday evening and may last for 6 months. He also said the country would like to avoid another shutdown and added, "Everyone knows what they have to do."