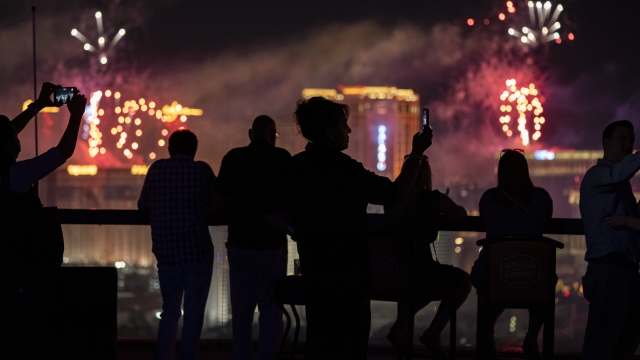 SMS
COVID-19 Cases Rising Again In The U.S.
By Robin Dich
By Robin Dich
July 14, 2021
Doctors say it's a combination of the delta variant, a slowdown of vaccinations and recent 4th of July gatherings.
SHOW TRANSCRIPT

COVID infections are gradually climbing back up after months of decline.

Doctors say it's a combination of the delta variant, a slowdown of vaccinations and recent 4th of July gatherings.

Over the past three weeks, new cases per day have doubled.

All but two states, Maine and South Dakota, have reported rising cases

Arkansas, which leads the country in new cases per capita, saw its biggest daily jump in cases since February yesterday.

Seven children are in the hospital in Mississippi because of the coronavirus, and two of them are on life support. Mississippi's top health official said almost all new cases in the state were due to the delta variant.

A lot of the largest increases in new cases and hospitalizations are happening in states with lower vaccination rates than the national average.

A researcher in Alabama said if more people don't start getting vaccinated, it could get worse.

"We can't say what's going to come next." said Derek Moates, researcher from the University of Alabama at Birmingham. "With our low vaccination rate and this rapid increase in delta cases, I fear that they're could a new variant that's actually formed here in Alabama."

In the U.S., about 48% of all Americans are fully vaccinated. But in places like Alabama, it is much lower at about 31%.