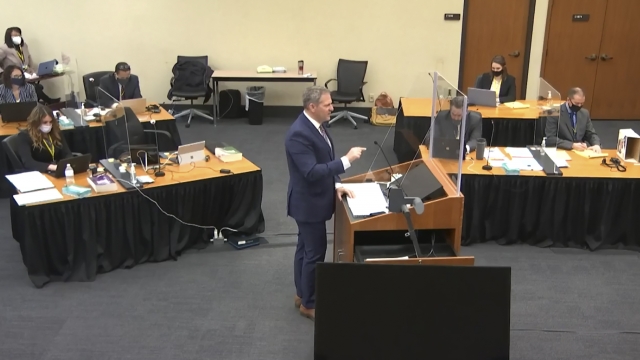 There is one more spot to fill on the jury panel for the trial of former Minneapolis police officer Derek Chauvin.

Earlier today, number 13 was seated that was potential juror number 96. She was a Caucasian female in her 50s. And again, one more left to go. So far, five men and eight women will sit to hear the evidence against Derek Chauvin.

And we heard from two jurors so far today that said they could not be fair or impartial and fill the seat as a juror.

One said: "I already have my opinion on it. I think it's, it is pretty well entrenched about it. Yeah, I mean, I want to see the facts and evidence, I think there's a lot out there that we don't know. And the media puts out a lot of information that, so I, I'm pretty sure I'll be, I'm partial."

Plus breaking news happening earlier this morning with Judge Peter Cahill making some key decisions on pending motions in the case.

He also precluded the prosecution from introducing the testimony of Dr. Sarah Vinson, a forensic psychiatrist in the case.

And finally, he granted partially a ruling surrounding how admissible George Floyd’s 2019 arrest would be before the jury.