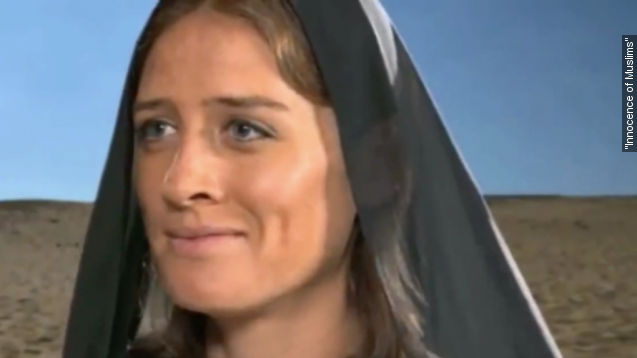 SMS
Court Strikes Down Ban On Anti-Islam YouTube Video
By Matt Picht
By Matt Picht
May 18, 2015
An appeals court threw out a copyright claim against YouTube over the controversial "Innocence of Muslims" video.
SHOW TRANSCRIPT

Free speech advocates are celebrating after a court threw out a ruling that had forced a controversial anti-Muslim video off YouTube.

The 2012 short film "Innocence of Muslims" sparked angry demonstrations from Muslims around the world for its portrayal of the Prophet Muhammad.

It was even initially blamed for inciting the 2012 attack on a U.S. embassy in Benghazi, though that attack was later attributed to a specific militant group.

One of the actresses in the film, Cindy Lee Garcia, later filed a copyright complaint against YouTube, claiming copyright infringement on her performance.

Garcia told ABC's "The View", "Never once was mentioned Muhammad or Muslims. We weren't given any inkling that there was any of that going on."

The court ordered Google to remove the video in 2014, but Monday's ruling reversed that decision. Few people are celebrating the video itself, but the way it was removed from YouTube alarmed free speech advocates.

Google's supporters in this case argued the strength of Garcia's claim would set a precedent, allowing anyone involved with a video's production to claim copyright — which could wreak havoc with free expression.

And the appeals court agrees. The majority opinion reads, in part, "a weak copyright claim cannot justify censorship in the guise of authorship. ... Treating every acting performance as an independent work would not only be a logistical and financial nightmare, it would turn cast of thousands into a new mantra: copyright of thousands."

The ruling doesn't leave Garcia without legal options; the judges took no position on whether the actress could have a defamation or contract case against the filmmakers further down the line.

And the film itself is still not completely off the hook on YouTube. Google voluntarily blocked the movie to comply with local laws in several countries, and the site's been banned in others for hosting it.