Court Says Virginia Delegate Doesn't Have To Vote For Trump 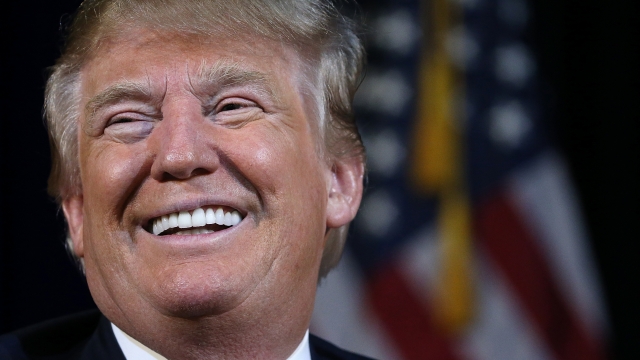 SMS
Court Says Virginia Delegate Doesn't Have To Vote For Trump
By Samantha Crook
By Samantha Crook
July 11, 2016
But even though the delegate had a win in Virginia, he — and every other delegate — still has to answer to the RNC.
SHOW TRANSCRIPT

"Almost everything he speaks about is highly ignorant. He changes positions day to day. He has no core principals and other than that he's pretty good," Republican National Convention delegate Carroll "Beau" Correll Jr. told WRC-TV.

Never Trump Republicans scored a win in Virginia on Monday. A federal judge ruled in favor of a delegate who argued that voting for Donald Trump would go against his conscience.

Republican National Convention delegate Carroll "Beau" Correll Jr. argued that Virginia law shouldn't bind his vote to the party's primary winner because he thinks "Donald Trump is unfit to serve as president of the United States."

And a federal judge sided with him. Had he not, Correll might've faced jail time and a $2,500 fine for not supporting the primary winner based on the state's law.

The decision could encourage other delegates to vote against Trump and join efforts in the Republican Party to unbind delegates.

But even though Correll had a win in Virginia, he — and every other delegate — still has to answer to the RNC.

The official start of the Republican National Convention is this upcoming Monday.

This video includes images from Getty Images and clips from WWBT and C-SPAN. Music provided courtesy of APM Music.