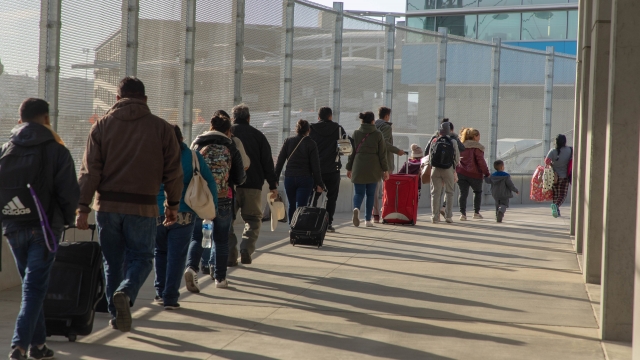 A U.S. appeals court is allowing the Trump administration to continue its policy of sending some asylum-seekers to Mexico to wait out their immigration hearings — at least for now.

The decision comes after a lower court blocked the policy last month. That district judge sided with the plaintiffs, who alleged it endangers asylum-seekers and violates "humanitarian protections to which they are entitled under United States and international law."

But on Tuesday, the 9th U.S. Circuit Court of Appeals granted a temporary stay — meaning the Trump administration can continue to carry out the policy pending appeal.

It cited several reasons for its decision, including that the Department of Homeland Security "is likely to suffer irreparable harm absent a stay because the preliminary injunction takes off the table one of the few congressionally authorized measures available to process the approximately 2,000 migrants who are currently arriving at the Nation's southern border on a daily basis."

The judges also addressed the migrants' fear of danger, saying the "likelihood of harm is reduced somewhat" since the Mexican government vowed to provide humanitarian status and work permits to non-Mexican asylum-seekers awaiting decisions in their cases.

The U.S. began sending back non-Mexican asylum-seekers at San Diego's San Ysidro crossing in January. The Trump administration has since expanded the policy to other crossings along the southern border.

Mexican immigration officials told CBS News that as of May 1, the U.S. had sent more than 3,200 asylum-seekers back to Mexico under the policy.