Appeals Court Rules Trump's Accountants Must Give Records To Congress 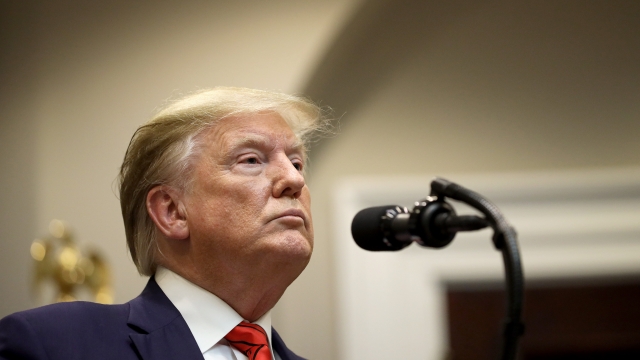 A federal appeals court on Friday ruled that President Trump's accountants must comply with a House subpoena requesting eight years of his tax records. The 2-to-1 decision upheld a lower court ruling, while affirming Congress' broad investigative powers to solicit the information.

The subpoena — filed before the launch of an impeachment inquiry against President Trump — partially stemmed from testimony of his former attorney and "fixer" Michael Cohen. Earlier this year, Cohen told the Oversight Committee that President Trump had exaggerated his wealth to reduce his tax bill and seek loans.

Friday's decision comes days after the president's legal team won a temporary stay in another case in New York, where a federal judge had ruled that the returns must be given to the Manhattan District Attorney.

President Trump's team is expected to submit a full appeal of Friday's ruling, which could ultimately be taken up by the Supreme Court. Still, the decision is a victory for Democratic lawmakers looking to investigate potential foreign influences on the president and allegations he violated the Constitution's emoluments clause.

President Trump's opponents have long called for the release of his financial records. The president and his legal team have frequently stated that such demands are politically motivated and, therefore, illegitimate.