A New Court Ruling Puts A Hitch On Brexit Plans 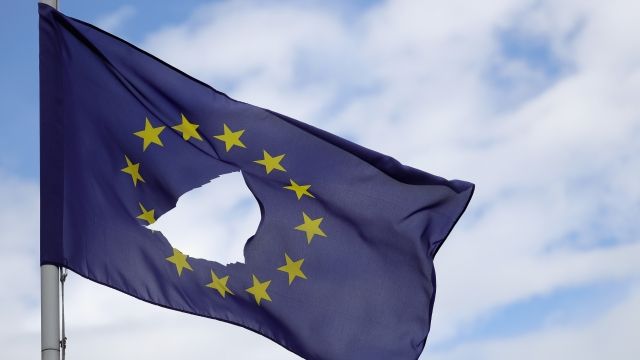 SMS
A New Court Ruling Puts A Hitch On Brexit Plans
By Lindsey Pulse
By Lindsey Pulse
November 3, 2016
A high court ruled that the U.K. has to consult Parliament before it moves ahead on Brexit negotiations.
SHOW TRANSCRIPT

The United Kingdom voted to leave the European Union — but getting out is getting complicated.

The U.K.'s high court ruled Thursday that the government can't officially notify the EU it wants to leave without the approval of Parliament.

It's up to the U.K.'s Prime Minister Theresa May to invoke Article 50, informing the European Council the country wants out.

Article 50 is a part of The Lisbon Treaty that allows members of the European Union to withdraw membership.

But needing Parliament's approval might be a setback for May. The prime minister planned to invoke Article 50 by the end of March 2017. The new power shift could throw off that timetable, which has frustrated some government officials.

Supporters of the ruling argue lawmakers should have a say in EU withdrawal negotiations. Regardless, May plans to appeal the ruling to the U.K.'s Supreme Court.

Once the Article 50 button is pushed, the U.K. will have two years to complete negotiations with the EU.