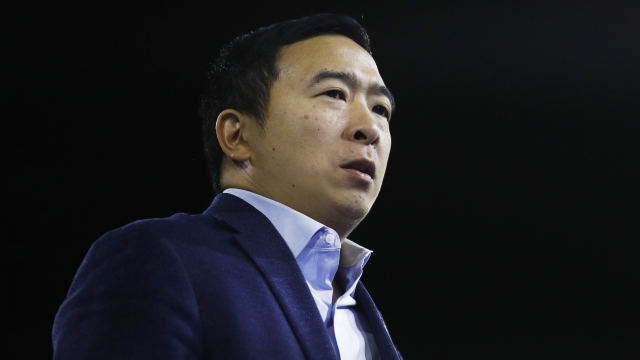 New York's Democratic presidential primary will go on as planned after a federal appeals court rejected arguments Tuesday to cancel it for public safety reasons.

New York State Board of Elections co-chair Douglas Kellner said the panel wouldn't appeal the 2nd U.S. Circuit Court of Appeals' ruling. Instead, he said the board is going to urge voters to use absentee ballots.

In an opinion, the court wrote: "Protecting the public from the spread of COVID-19 is an important state interest. But the Court is not convinced that canceling the presidential primary would meaningfully advance that interest."

State Democratic Party Chair Jay Jacobs said he's disappointed by the court's decision, but that the party will comply and hold the primary.

The lawsuit was filed after the state board cleared ballots of all of the Democratic presidential candidates who had suspended their campaigns, including Andrew Yang and Sen. Bernie Sanders. After that, Joe Biden was the only candidate left on the ballot, so the board canceled the primary in light of the pandemic. But Sanders said he wanted to appear, too, despite ending his campaign.

The state's presidential primary was originally set for April 28 but was moved to June 23 due to the outbreak.

Yang is one of the plaintiffs listed in the lawsuit. After the ruling, he tweeted: "Thrilled that democracy has prevailed for the voters of New York!"

Primaries for state and congressional offices are also still taking place in most of the state. Primary voters can vote by mail, if they choose.