Court Rules Some Of Michigan's Political Districts Are Gerrymandered 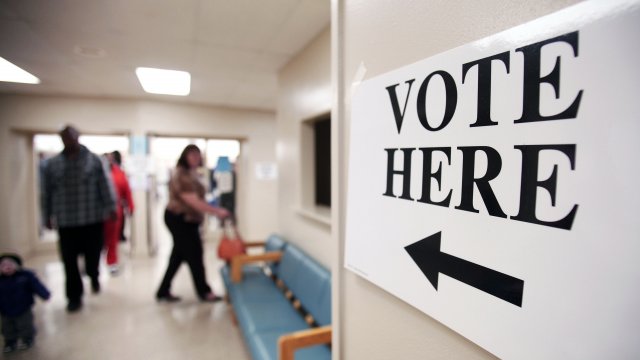 SMS
Court Rules Some Of Michigan's Political Districts Are Gerrymandered
By Katherine Biek
By Katherine Biek
April 26, 2019
The plaintiffs argued that a number of political districts were drawn with excessive partisanship favoring Republicans.
SHOW TRANSCRIPT

The Michigan League of Women Voters and a group of Democrats filed a lawsuit in 2017 alleging that a number of districts were drawn with excessive partisanship favoring Republicans.

Michigan's Republican-controlled legislature now has until Aug. 1 to redraw new maps and get Democratic Gov. Gretchen Whitmer to sign them into law for the 2020 elections.

If they fail to meet the deadline, the judges said the court will redraw the maps itself.

The new maps will only be used for the 2020 election cycle, though. That's because Michigan voters have already approved the creation of an independent commission to redraw the district lines for the 2022 election using data from the 2020 census.