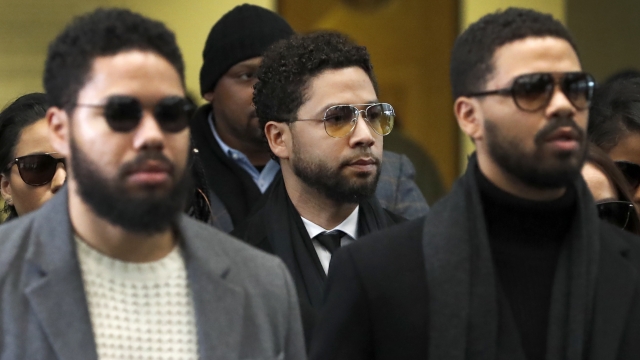 The Illinois Supreme Court has rejected Jussie Smollett's motion to halt felony charges against him.

Chicago police allege that in January 2019, Smollett staged a hate crime attack against himself to boost his career. Last month, after the former "Empire" star pleaded not guilty to all charges, his attorney filed a motion to dismiss them on double jeopardy grounds.

Smollett faces trial on similar charges to those that were filed last year. Here's what happened: The Cook County State's Attorney initially recused herself in the case due to concerns over contacts with a Smollet relative. She appointed a top deputy to handle the case, then later dismissed all charges. But then a judge said she had no legal right to appoint a replacement.

Then Smollett's attorneys sought to block further charges, arguing the actor was the only one who could legally challenge the prosecutor's appointment.

On Friday, the Illinois high court released documents denying the motion, but did not offer an explanation for the decision.

His next court appearance will be March 18.