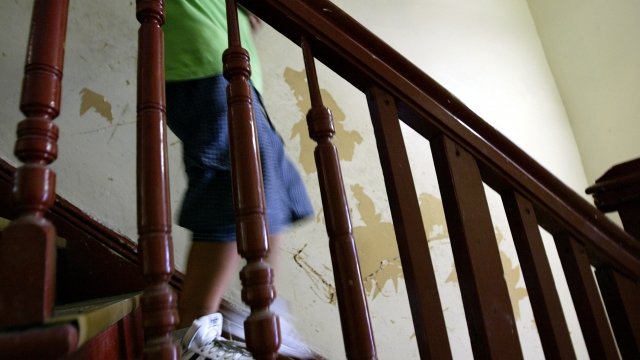 SMS
The EPA Has To Update Its Rules On Lead Paint — And Fast
By Lindsey Pulse
By Lindsey Pulse
December 28, 2017
A federal appeals court ruled the Environmental Protection Agency needs to pick up the pace on updating its lead paint standards.
SHOW TRANSCRIPT

The Environmental Protection Agency has to update its rules on lead paint — ASAP.

A federal appeals court ruled Wednesday the agency has a duty to update regulations involving the hazards of lead in homes because of the danger it poses to children.

The federal government banned lead-based paint for consumers in 1978. In 2001, the EPA finalized rules for lead contamination in paint, dust and soil. Since then, studies have found that lead is more dangerous than earlier assumed.

But the EPA hasn't changed its rules to reflect the additional information. Under former President Barack Obama, the agency reportedly acknowledged the need for change but didn't end up changing anything.

The agency said it may be able to issue a final rule by 2023.

Now, the court says the EPA needs to pick up the pace. The agency has to propose a new rule within 90 days of the court's decision and enact a final rule within a year after that.