Court To Hear Arguments Over Ohio's Down Syndrome Abortion Ban 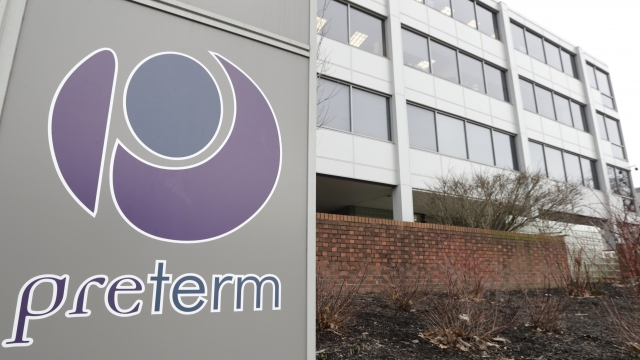 SMS
Court To Hear Arguments Over Ohio's Down Syndrome Abortion Ban
By Adam Elrashidi
By Adam Elrashidi
March 11, 2020
Supporters say the law protects a vulnerable population from discrimination, but opponents say it undermines a woman's ability to make her own choice.
SHOW TRANSCRIPT

On Wednesday, a federal court in Cincinnati heard arguments for and against a law known as the Ohio Down Syndrome Non-Discrimination Act. The case was brought by the American Civil Liberties Union on behalf of several abortion clinics.

The law, signed in 2017, bans doctors from performing an abortion if they're aware that the possibility of a fetus having Down syndrome is influencing the decision. Doctors who defy the ban can lose their medical licenses and even face felony charges and legal damages. The law does not punish women for seeking these abortions.

The law's supporters point out that it does not apply to women, only to doctors. But the ACLU argues that stopping doctors from providing these abortions effectively undermines a woman's ability to make an independent decision about whether to have the procedure.

The law is among a number of abortion restrictions that Ohio has enacted in recent years.

In October, a federal appeals court ruled the Down syndrome law was likely unconstitutional, but stopped short of declaring that outright. The ACLU says such laws are part of a broader effort by abortion rights opponents to overturn Roe v. Wade. Attorneys for Ohio, though, say they're working to protect a vulnerable population from discrimination and elimination. 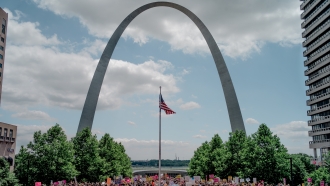 The Guttmacher Institute, a reproductive rights organization, reports that at least nine states have laws restricting abortions based on fetal characteristics such as sex, race or genetic anomaly. The group also notes that legislation similar to the Ohio law is pending in eight other states.

Ohio's courts have become more conservative during the Trump administration, which has sided with the state. However, a group of parents whose children have Down syndrome have expressed support for the ACLU's lawsuit, saying the law singles out their kids.

In a statement, the group said: "Why Down syndrome and not spina bifida or cystic fibrosis? [We] fear it is because those in the Down syndrome community are readily identifiable. ... [Our] children should not be co-opted to be the sympathetic faces of a political campaign."