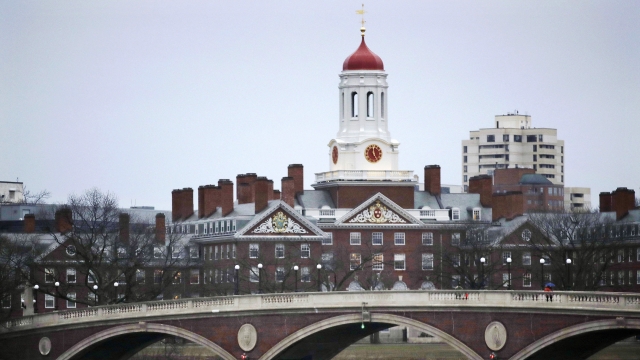 A federal appeals court ruled Harvard did not violate civil rights laws, but Students for Fair Admissions hopes to take its suit to the Supreme Court.

A federal appeals court ruled Thursday that Harvard is not violating civil rights laws and does not discriminate against Asian Americans in its admissions process.

"It's one small measure in policy that allows for the diversity of our human experiences and our human dignity to be acknowledged," says OiYan Poon, associate professor at University of Illinois at Chicago and Colorado State University.

The university's limited consideration of race in its admissions practice sparked a long legal battle between Harvard and Students for Fair Admissions, a group that alleges Asian Americans were being penalized for their race and unfairly rejected at higher rates.

Edward Blum, the president of the organization, has been trying to overturn affirmative action in the college admissions process for years. While disappointed in the court's recent decision, Blum wrote in a statement: "Our hope is not lost. … This lawsuit is now on track to go up to the U.S. Supreme Court." And Blum has been there before -- he lost a 2013 affirmative action case against the University of Texas.

"They keep asserting that they think race is the only factor used in decisions and admissions, that that is absolutely not the case," says Poon, who researches affirmative action and college access policies.

While the spotlight is on affirmative action, it's worth highlighting that "legacy" applicants have an acceptance rate of 33% compared to Harvard's overall acceptance of under 6%. Critics say this practice gives preference to wealthy White students.