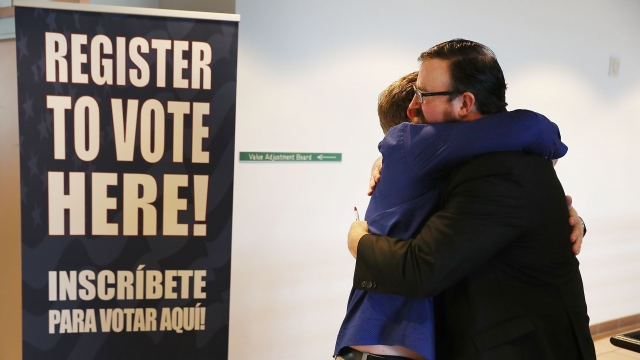 A federal appeals court in Florida upheld a preliminary injunction and ruled that felons cannot be blocked from registering to vote over unpaid fees or fines.

On Wednesday, a three-judge panel with the 11th Circuit Court of Appeals voted unanimously to block a law that Gov. Ron DeSantis signed last June.

Here's how we got to this point: Back in 2018, Florida voters passed Amendment 4 to give more than 1 million felons the right to vote after completing their sentences. State lawmakers approved a bill in May 2019 that said Florida felons who have completed their sentences will regain their right to vote — but only after paying all fines and restitution linked to their cases. DeSantis signed the final version of that measure into law the next month.

Wednesday's ruling says that law "punishes those who cannot pay more harshly than those who can and does so by continuing to deny them access to the ballot box." It also says that if a state moves to stop using disenfranchisement as a punishment, "it must do so consonant with the principles of equal protection and it may not erect a wealth barrier."

The ruling was handed down just one day after the voter registration deadline for Florida's presidential primary elections in March.

A spokeswoman for DeSantis said the state plans to appeal Wednesday's ruling to the entire 11th Circuit Court. Meanwhile, a full trial on the matter is expected to begin in April.