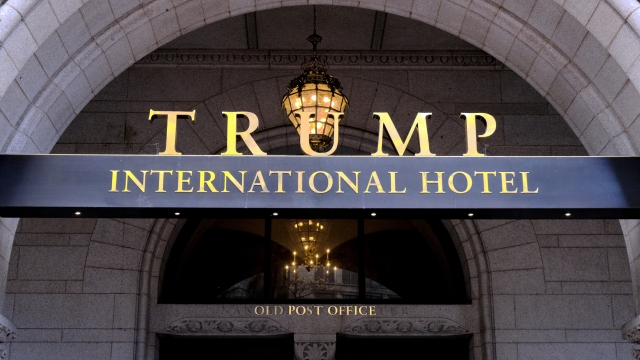 A federal appeals court ruled a lawsuit against President Donald Trump is still on. The lawsuit, filed by the D.C. and Maryland attorneys general, accuses the president of violating the Constitution's emoluments clauses by benefiting from his businesses while in office.

The 4th Circuit Court of Appeals' 9-6 ruling could let the plaintiffs access the president's business records in connection with the case.

At the center of it is President Trump's hotel in downtown Washington, which has reportedly hosted several foreign officials.

The Constitution's emoluments clauses ban a president or other officeholders from receiving gifts or favors from foreign or state governments without congressional approval. The plaintiffs say foreign officials paying to stay at President Trump's hotel violates the Constitution.

Judge Diana Gribbon Motz wrote: "In the United States, every person — even the President — has a duty to obey the law." The dissenting opinion notes that Congress could impeach a president for violating these clauses.

The president's personal attorney, Jay Sekulow, of course disagreed with the ruling. He said: "This case is another example of Presidential harassment. We will be seeking review at the Supreme Court."

If the Supreme Court agrees to hear this case, arguments could start in the fall, at the height of the president's reelection campaign.