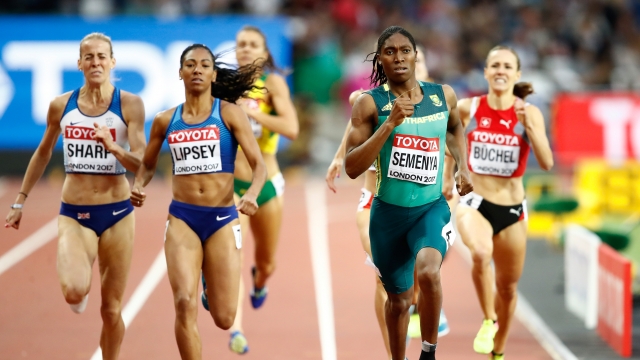 The ruling means those women could have to medically suppress their testosterone levels in order to run in the 400-meter to 1-mile races.

The decision is a major loss for Olympic gold medalist Caster Semenya, who challenged the International Association of Athletics Federations' recommendation on testosterone levels. The IAAF argued women with high testosterone levels have an unfair advantage in competition. The hormone is linked to an increase in muscle mass.

The Swiss-based Court of Arbitration for Sport said in its verdict that it felt the IAAF's regulation is discriminatory, but that "on the basis of the evidence submitted by the parties, such discrimination is a necessary, reasonable and proportionate means of ... preserving the integrity of female athletics in the Restricted Events."

The high court did express "serious concerns" in its verdict, including how difficult it could be to implement a regulation on testosterone in women, the potential side effects of hormone-suppressing drugs and a lack of concrete evidence on a testosterone advantage.

The IAAF said it won't force any athlete to undergo an assessment or treatment under the regulations, but if they choose to go without, runners like Semenya could be ineligible to compete.