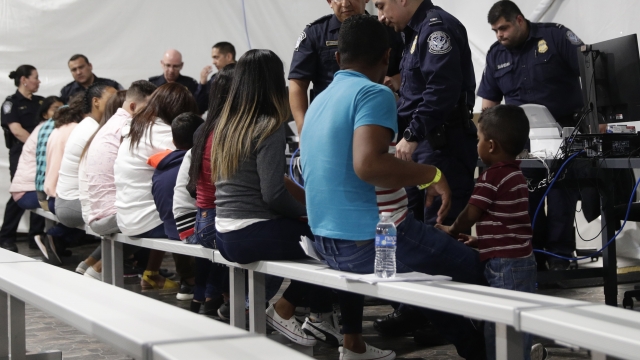 SMS
Court Blocks 'Remain In Mexico' Policy In California, Arizona
By Ahmed Jawadi
By Ahmed Jawadi
March 5, 2020
The Trump administration has asked the Supreme Court to step in and rule on whether the policy is legally enforceable.
SHOW TRANSCRIPT

A federal appeals court says it will block the Trump administration's "remain in Mexico" policy in two states along the U.S.-Mexico border.

The 9th Circuit Court of Appeals in San Francisco ruled last week the administration can't send asylum-seekers to Mexico to wait for their immigration hearings, saying the policy violates federal law. But the court quickly suspended the injunction after Justice Department lawyers argued the ruling could lead to a "rush on the southern border" by the thousands of asylum-seekers waiting in Mexico. The administration also said it would ask the Supreme Court to take up the case.

On Wednesday, the court said it still stands by its original decision and ruled the injunction can take effect soon in just two states, both within its jurisdiction: Arizona and California. It also granted the administration's request to push the implementation date to March 12 to give the Supreme Court more time to review the case.

Around 60,000 asylum-seekers have been sent to Mexico under the policy since it went into effect last year. Many of them are living in tent camps in border cities, where kidnappings and violence have become more prevalent.