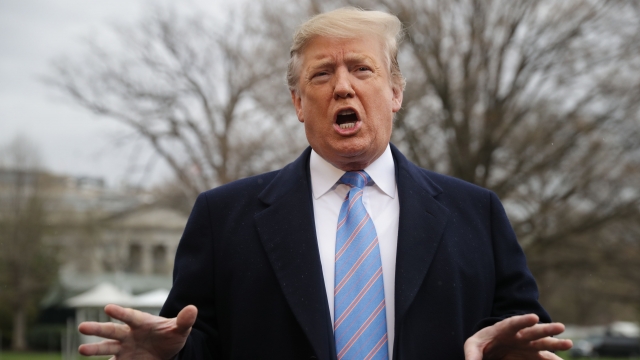 On Friday, a federal appeals court put a temporary hold on a federal judge's blocking of the Trump administration's plan to send asylum seekers to Mexico. That means the administration can, at least for now, consider sending people looking for asylum to Mexico while they wait for their immigration hearings.

In the motion filed Thursday with the U.S. Court of Appeals in San Francisco, the administration argued the policy needed to remain in place due to what it termed a "humanitarian and security crisis" at the border due to a quickly growing number of refugees.

A U.S. District Court judge ruled Monday that the policy violated current immigration laws and issued a nationwide injunction to block the policy beginning on Friday. He also ordered the plaintiffs who filed the lawsuit to be brought back to the United States.

The government's filing asked for two stays of the injunction: a brief administrative stay to be followed by a longer stay for the time it takes to go through the appeals process.

Since January, the policy has placed more than 1,000 asylum seekers in Mexico while they await the processing of their claims.