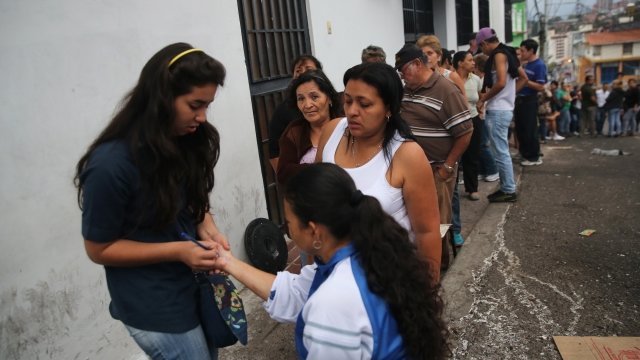 SMS
Countries Put Up Barriers For Venezuelan Migrants
By Jake Jones
By Jake Jones
August 25, 2018
Officials from Peru and Ecuador are scheduled to meet counterparts in Colombia to discuss the growing migrant crisis.
SHOW TRANSCRIPT

Thousands of people fleeing Venezuela are facing new obstacles as countries in the region put up barriers to entry.

More than 2 million Venezuelans have left their country since 2014 due to an economic depression, hyperinflation and civic turmoil in the country.

Some have gone to Colombia, Venezuela's neighbor to the west. Others have continued on to Ecuador and Peru. As Newsy has previously reported, the United Nations has urged countries to accept Venezuelan migrants.

Officials from Peru and Ecuador are scheduled to meet counterparts in Colombia to discuss the growing issue. The UN's International Organization for Migration has compared it to the refugee crisis Europe has faced in recent years.