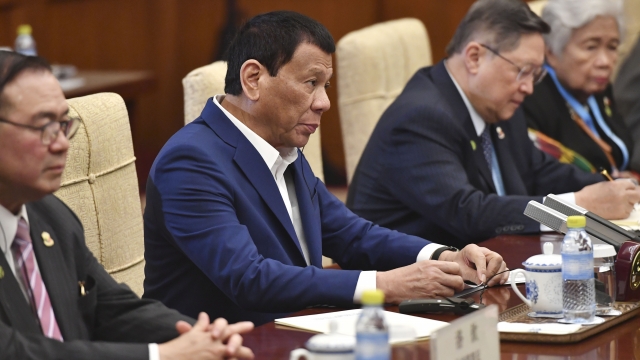 SMS
Countries Push For UN Investigation Into Philippine Drug War Killings
By LeeAnne Lowry
By LeeAnne Lowry
July 5, 2019
It's the first time the human rights council has been asked to address the situation.
SHOW TRANSCRIPT

A group of countries are pushing the U.N. to investigate thousands of killings related to Philippine President Rodrigo Duterte's drug war.

The Philippine government estimates around 5,000 suspects have been killed in Duterte's anti-drug operations. Activists say that number is more like 27,000. The government claims that all of those killed fought police.

Iceland led the charge by filing a draft resolution on Thursday, requesting the U.N. Human Rights Council present a "comprehensive written report" on the extrajudicial killings and call for concrete action. It's the first time the UNHRC has been asked to address the situation.

The Philippine government responded on Friday that it is "prepared to face any inquiry" into the drug war.

The draft resolution will need to be officially approved by most of the human rights council's 47 member states, and activists told Reuters that more than two dozen countries have already backed it. That vote's expected before the council's 41st session closes on July 12.