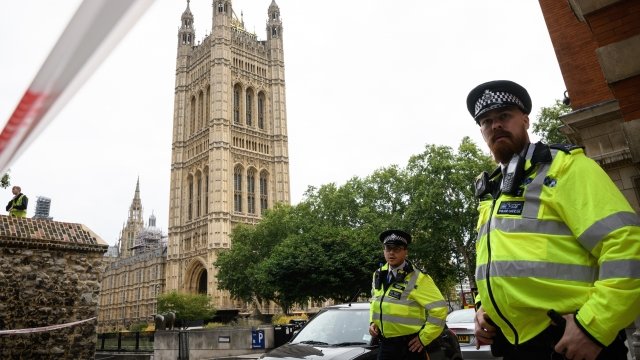 London police arrested a man Tuesday who they say crashed his car into the security barriers outside the Palace of Westminster.

Counter-terrorism officers are leading the investigation into the incident, but officials say they're "keeping an open mind."

The Palace of Westminster is home to the U.K.'s Parliament. Both the House of Commons and the House of Lords are currently not in session.

The BBC reports officials bolstered security around the building following a 2017 attack on the nearby Westminster Bridge.