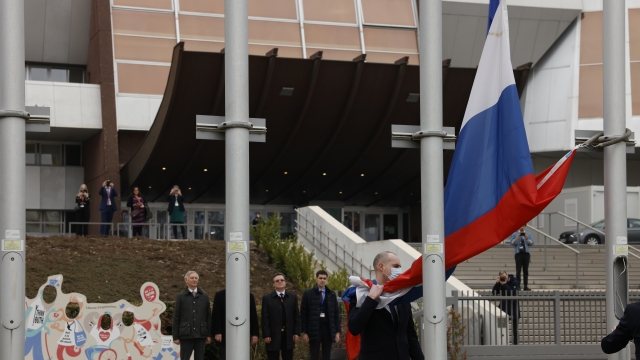 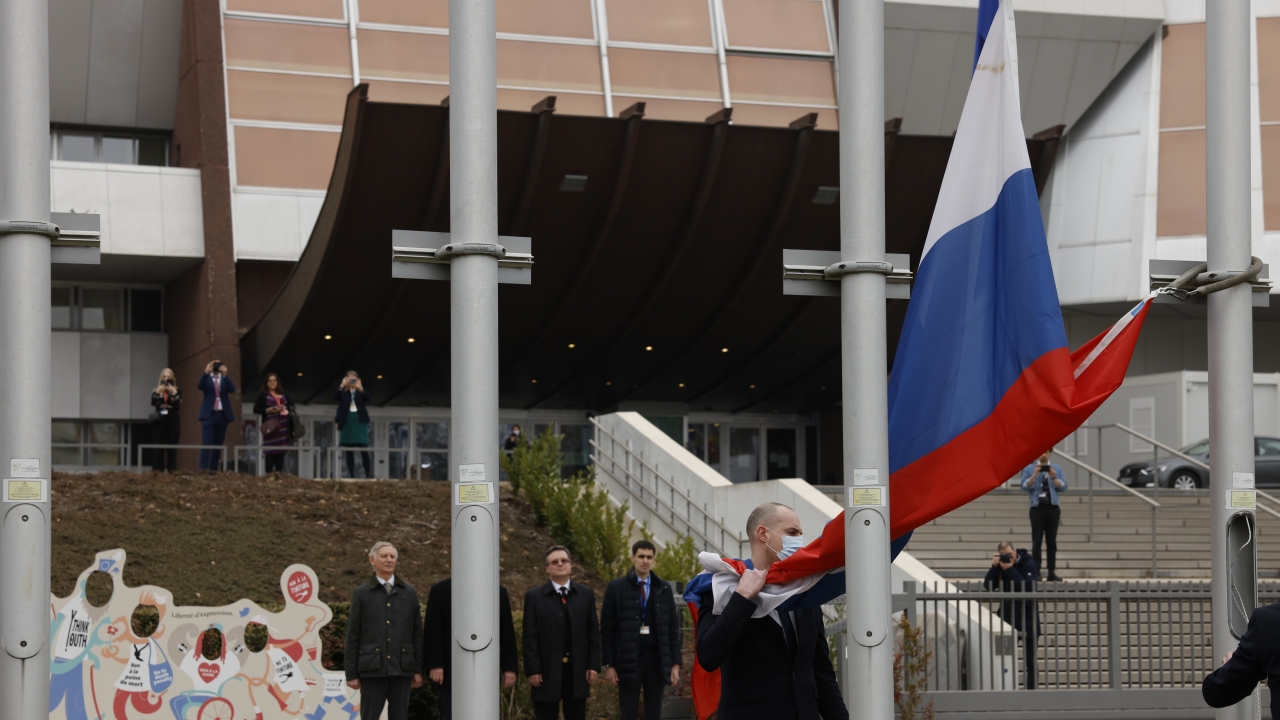 The Council of Europe on Wednesday expelled Russia from the continent's foremost human rights body in an unprecedented move over Moscow's invasion and war in Ukraine.

The 47-nation organization's committee of ministers said in a statement that "the Russian Federation ceases to be a member of the Council of Europe as from today."

In a highly symbolic move after the decision, Council of Europe staff went outside of its headquarters in Strasbourg and took down the Russian flag, neatly folding the tricolor before it was taken away.

Despite the pomp, it was an unceremonious end to 26 years of membership in the group.

But many said it was fully deserved.

"Russia's actions alone have led to this outcome," Swedish Foreign Minister Ann Linde said. "We sincerely hope that Russia will one day return to the ideals of peace and democracy, and regain its membership."

Earlier this week, the group's parliamentary assembly already initiated the process of expulsion and unanimously backed that Russia would be kicked out.

Russian Foreign Minister Sergey Lavrov insisted Wednesday that it would have left the body regardless. In an interview with Russian broadcaster RBK, he accused NATO and EU countries of "abusing their majority in the council, eventually transforming it into a tool for anti-Russian policy." Ukraine is also a member of the Council of Europe.

Ukrainian Foreign Minister Dmytro Kuleba immediately welcomed the decision, tweeting that there was "no place for Russia in European bodies as it wages a barbaric war of aggression against Ukraine and commits multiple war crimes."

It was unclear what the extent of support was for the expulsion since the Committee of Ministers arrived at a "consensus" behind closed doors, making it impossible to have a full breakdown of votes.