Spacecrafts Could Use Urine As Fuel Source 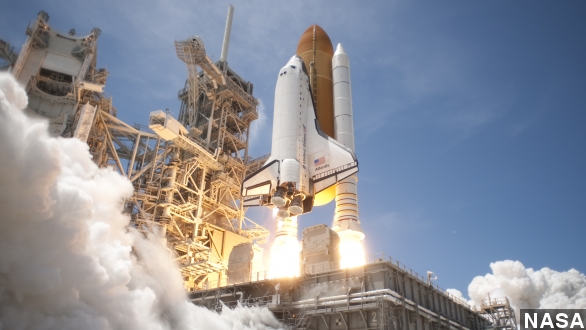 SMS
Spacecrafts Could Use Urine As Fuel Source
By Amy Kluber
By Amy Kluber
April 15, 2014
New research says the urea from urine could be recycled for fuel. Urea is filtered out of wastewater when making drinking water.
SHOW TRANSCRIPT

Getting water and fuel to spacecrafts in orbit can get pretty expensive, but a new process could scale that down — simply by recycling urine​.

Yes, urine. The idea of drinking water that was once pee sounds pretty gross, but the science behind it could provide a more affordable way to not only hydrate astronauts but also fuel spaceships. (Via CBS)

As a writer for Science puts it: "In Space, Pee is for Power." Astronauts aboard the International Space Station already recycle wastewater to recover about 75 percent of water through distillation, but the process removes the nitrogen-rich compound urea.

​Now, scientists from the University of Puerto Rico say through a rather complicated process involving osmosis and a bioreactor, that compound can be transformed into ammonia that fills a fuel cell and emits power. (Via ACS Sustainable Chemistry & Engineering)

The team says current tests have only generated a small amount of power, but they hope to increase that amount in subsequent tests. Still, others are skeptical.

A NASA wastewater systems engineer tells Science, "This sounds like a clever process, but I'm skeptical about whether it will work at a larger scale or in the uncontrolled environment of space."

If successful, the development could support long-term missions in space, especially to areas outside Earth's orbit such as Mars, where it's more difficult to deliver supplies. (Via NASA)

"Mars astronauts are going to protect themselves from deadly cosmic radiation by covering their spaceship with their own poop." ​(Via Discovery)

Well, considering all the fine research astronauts perform in space programs around the world, I guess we have to give them credit for being resourceful.