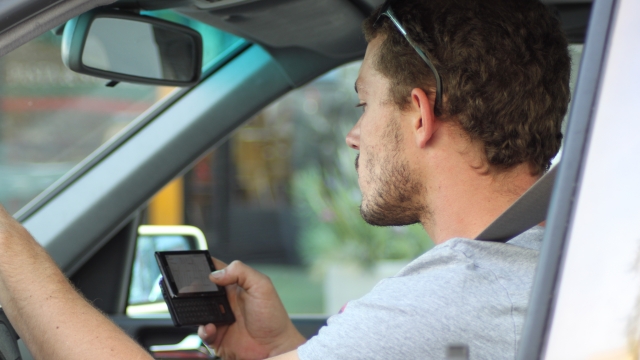 SMS
Could The 'Textalyzer' Cut Down On Distracted Driving?
By Ben Lawson
By Ben Lawson
April 12, 2016
A New York bill would let police check a driver's phone after an accident to find out if distracted driving was the cause.
SHOW TRANSCRIPT

If you're involved in a wreck in New York, a new bill would allow police to check your phone to see if you were using it while driving.

The bill requires drivers involved in an accident to submit their phones to police for testing with what's being called a "textalyzer."

As the name suggests, it's like a Breathalyzer, but for cellphones. Police could use it to find out if the phone was in use prior to or during the crash.

Cellebrite, an Israeli tech company, is already developing something to allow law enforcement access to a phone's recent activity, but it would need to be altered to avoid privacy concerns.

The bill stipulates that police shouldn't have access to any content, such as texts or pictures, on the device. It is only intended to determine if a device was being used at the time of an accident.

Assistant Speaker of the New York State Assembly Felix Ortiz, who introduced the bill, thinks the legislation could act as a deterrent for distracted driving.

"Put in people's minds psychologically that if this happened to me, I'm going to have to pay big consequences because now my cellphone is going to be confiscated," Ortiz said.

According to the Centers for Disease Control and Prevention, more than eight people are killed and hundreds are injured every day in crashes that involve a distracted driver.

This video includes clips from BACtrack.