No, Pentagon Accounting Errors Can't Fund Most Of 'Medicare For All' 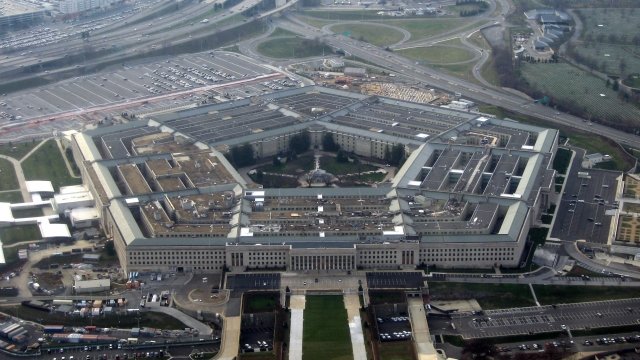 SMS
No, Pentagon Accounting Errors Can't Fund Most Of 'Medicare For All'

By Stephanie Liebergen
December 7, 2018
Here's what Alexandria Ocasio-Cortez got wrong about comparing Pentagon accounting errors to the cost of "Medicare for all."
SHOW TRANSCRIPT

Congresswoman-elect Alexandria Ocasio-Cortez claimed on Twitter that Pentagon accounting errors could pay for two-thirds of a "Medicare for all" health care system. But that's a pretty big misunderstanding of the numbers involved.

The first red flag is how big that Pentagon spending number really is. The current Department of Defense budget is $716 billion. It would take over 29 years of that budget for the entire department's spending to reach $21 trillion.

So where does that number come from? It comes from a November article by The Nation that said "$21 trillion of Pentagon financial transactions between 1998 and 2015 could not be traced, documented, or explained."

As Politifact explains, that total includes money that was sometimes counted two or three times. According to one researcher, $1 involved in 10 transactions doesn't equal $10. So the $21 trillion in accounting errors isn't a single pot of money that was misspent.

And there's the actual cost of a "Medicare for All" plan. Ocasio-Cortez asserts that the switch would cost $32 trillion, which comes from a report by the Mercatus Center analyzing costs for the first 10 years. That report was considering the effects of Sen. Bernie Sanders' 2017 "Medicare for All" bill. But that's just one estimate, and there's no clear consensus on how much the change would cost.

The author of The Nation article told Politifact his story highlights sloppy and overly complicated accounting in the Department of Defense. But he said, "It would be wrong to suggest that that is real money that could have been used to fund something else more useful to society."