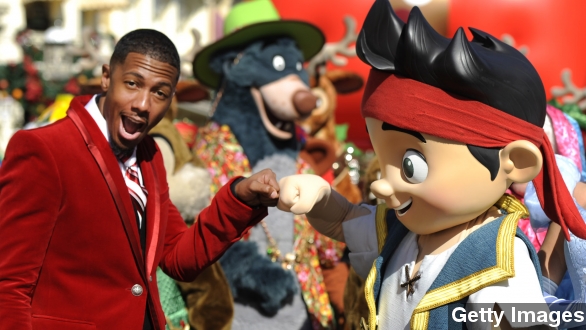 But turns out there’s another advantage to the fist bump: it’s also apparently more hygienic. (Via Getty Images)

Or at least, those were the findings of a new study that examined which of three common greetings — the handshake, the fist bump, and the high five — is most likely to spread bacteria.

The study was conducted by researchers at a university in the United Kingdom. One brave scientist dipped a gloved hand into a jar of E.coli and then proceeded to greet a colleague — who was wearing a clean glove — with each of the three gestures. (Via YouTube / Aberystwyth University​, American Journal of Infection Control)

Then they measured how much bacteria was transferred. Sounds gross, right? Well, the findings might be even worse. (Via CBS)

As USA Today reports, the team found a handshake spreads ten times more bacteria than the fist bump — even when held for the same amount of time. It quotes study author David Whitworth saying, "A short, sweet fist bump will transmit the least bacteria."

And the reasoning behind why the handshake is so much worse, even when duration is accounted for, is pretty simple: surface area. (Via Getty Images)

As Time writes, “Dr. Whitworth hypothesized that fist-bumps are more hygienic mostly because they minimize the surface area of hand-to-hand contact, and they’re usually quicker than handshakes.”

And that's not even taking into account that we touch way more things with our fingertips and palms than we do with the backs of our knuckles. (Via Getty Images)

OK. So, what exactly are we supposed to do with this information?

Some have suggested getting rid of the handshake altogether — at least in settings like hospitals — and maybe even going with something like this. (Via BBC)

A doctor with the Association of Professionals in Infection Control and Epidemiology told KSHB, “Other than replacing the handshake with something else that has contact, probably the better approach to keep patients safe is really not to do it at all.”

She also noted that hand washing could help reduce the spread of bacteria.

The study is set to be published in the American Journal of Infection Control in August.

Oh, and about those high fives. They were found to spread about half as much bacteria as your average handshake. How awesome is that?