Could Even Casual Marijuana Use Alter Your Brain? 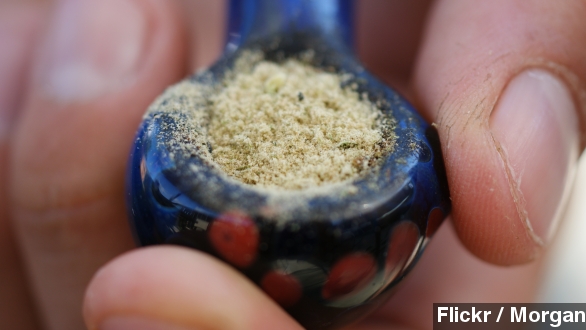 SMS
Could Even Casual Marijuana Use Alter Your Brain?

By Mikah Sargent
April 16, 2014
A new study conducted by researchers at Northwestern and Harvard suggests even casual marijuana use can alter your brain.
SHOW TRANSCRIPT

Everything in moderation? How about not at all.

A new study conducted by researchers at Northwestern and Harvard suggests even casual marijuana use can alter your brain. (Via YouTube / RuffHouse Studios)

According to the press release, researchers studied the nucleus accumbens and amygdala of 40 students — 20 who casually smoked marijuana and 20 who did not smoke it at all. Casual smokers were those users who smoked marijuana at least once a week but were not chemically dependent on the drug. (Via Wikimedia Commons / Life Science Databases, Geoff B Hall)

These regions of the brain are related to motivation and addiction. Changes in them can greatly affect behavior. So what did they find?

"Both these regions in recreational pot users were abnormally altered for at least two of these structural measures. The degree of those alterations was directly related to how much marijuana the subjects used." (Via ScienceNewsline)

Yes, you heard that right. The more marijuana the user reported smoking, the more their brain structure was altered. (Via Flickr / Jonathan Piccolo)

One of the greatest changes: The nucleus accumbens was "abnormally large" in those who smoked. (Via Wikimedia Commons / Geoff B Hall)

Researchers say this is a problem because the brain structures studied determine how you perceive pleasure and experience emotion.

A writer for Medical News Today says this study is so important because it has been unclear up to this point how casual marijuana use affects the human brain.

Not to mention the fact that "marijuana is the most commonly used illegal drug in the US, with nearly 19 million people having used it recently." (Via Flickr / Smokers High Life)

The biggest takeaway? The co-senior author of the study notes some wrongly assume moderation insulates them from consequences.

"People think a little recreational use shouldn't cause a problem, if someone is doing OK with work or school. Our data directly says this is not the case." (Via ScienceNewsline)​

The study will be published in the Journal of Neuroscience.