Could Canada Be The Standard For Tackling Climate Change? 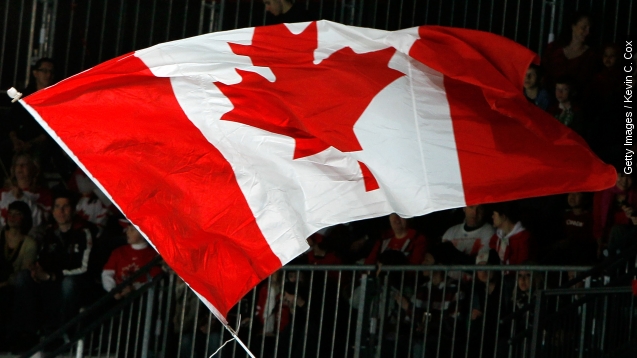 SMS
Could Canada Be The Standard For Tackling Climate Change?
By Eugene Daniels
By Eugene Daniels
July 18, 2015
As climate change raises temperatures around the world, Canada has steadily been lowering greenhouse gas emissions. Should others follow their lead?
SHOW TRANSCRIPT

You may have noticed and now it's official, last year was the hottest year on the globe in the 135 years of actual record keeping. In a newly released report, researchers from around the world found almost every region on Earth saw an increase in temperatures, with 20 countries breaking heat records. (Video via Nasa)

A high concentration of greenhouse gases is largely to blame for the heat wave. According to the report, worldwide emissions have increased 36 percent compared to 25 years ago. (Video via UNEP)

Many countries have already pledged to reduce their greenhouse gas emissions. But there's one country they should look to for guidance on tackling the very tough issue — Canada.

Oh yes. The land of Justin Bieber and maple syrup touts a 5.1 percent decrease in greenhouse gas emissions between 2005 and 2012.

According to Statista, Canada is one of the lowest emitters of greenhouse gases on the planet. The country is responsible for less than 2 percent of global CO2 emissions. Compare that figure to top polluter China, which is responsible for more than 23 percent. (Video via Expedia and Expoza Travel)

A worldwide climate change action agreement could be on the horizon. With the United States, China and the European Union concentrating on reducing emissions, other countries may follow suit. "Other countries will have a harder time avoiding dealing with climate change with the three 800 pound gorillas in the room," geoscience professor Michael Oppenheimer told PBS News Hour. The UN is holding its annual meeting to fight climate change in November.

And scientists say worldwide buy-in on fighting climate change is urgent because in the last 18 years, 17 of those have been the warmest on record.