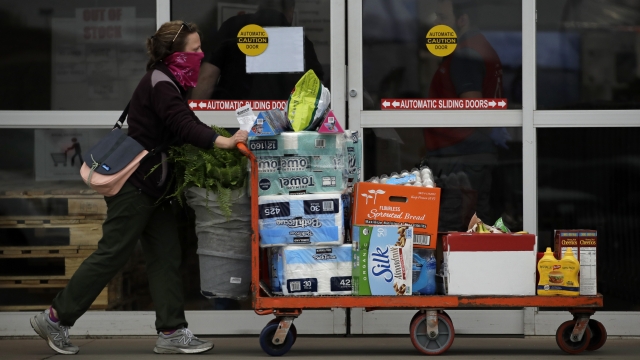 Costco has announced it will temporarily grant priority access to its warehouse stores to members who are healthcare workers and first responders.

On its website Wednesday, the retailer wrote, "Healthcare workers and first responders who present a Costco membership card and official identification of their role will be allowed to move to the front of any line to enter the warehouse."

The access will be allowed during all hours of operation. First responders include police officers, EMTs and firefighters.

Costco joins a handful of grocery stores across the country that are offering special services to those fighting the spread of the virus.

In addition, Costco members 60 or older and those with physical impairments will be given exclusive access to the stores for shopping from 8 a.m. to 9 a.m. on Tuesdays, Wednesdays and Thursdays.