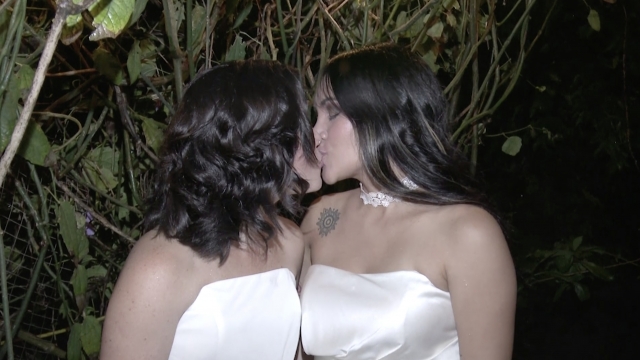 Daritza Araya Arguedas and Alexandra Quirós Castillo on Tuesday became the first same-sex couple to get married in Costa Rica. The lesbian couple wed just after midnight in a private ceremony when a national ban on same-sex marriage was lifted.

Marco Castillo and his longtime partner Rodrigo Campo also tied the knot, becoming the first couple in the country to get married in a court house in front of a judge.

In 2018, the country's Supreme Court ruled a ban on same-sex marriage was unconstitutional and gave lawmakers 18 months to pass new legislation to legalize it. Since they didn't do that, same-sex marriage became legal automatically on May 26. Costa Rica became the first country in Central America, and the sixth country in Latin America, to allow same-sex marriage. Ecuador just allowed it last year.

President Carlos Alvarado Quesada celebrated in a video message, saying: "This change will cause a significant social and cultural transformation of the country."