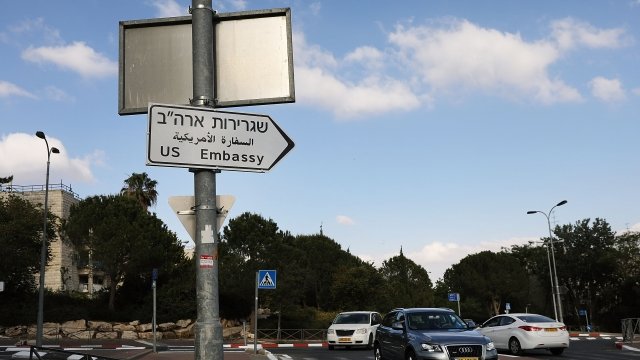 The cost of the U.S. Embassy in Jerusalem is starting to add up, and it's definitely not as cheap as President Donald Trump said it would be.

Documents filed on the official database for federal spending show the government awarded $21.2 million to a company to design and build an "addition and compound security upgrades" at the embassy.

And just to clarify, this isn't to be confused with the construction of the new embassy in Jerusalem. It's the second round of renovations for the consular building where the embassy is residing until the new one is ready.

Trump previously said the renovations wouldn't cost more than half a million dollars. But a State Department official told ABC News Trump's estimate only included initial modifications made to the consular building.

Trump announced the U.S. Embassy's move from Tel Aviv to Jerusalem in December — a decision that was denounced by many national and international lawmakers.