Cost Of Living Has Increased, But Many Workers' Pay Hasn't 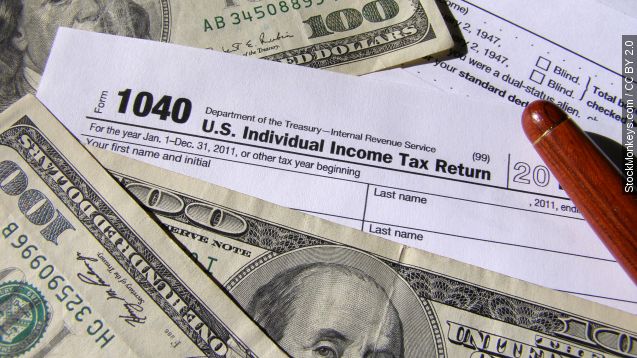 SMS
Cost Of Living Has Increased, But Many Workers' Pay Hasn't
By Matt Moreno
By Matt Moreno
September 3, 2015
Research shows wages for many low-income workers are steady despite rising costs of living, meaning they can't afford some necessities.
SHOW TRANSCRIPT

Even with an improving job market, many American workers aren't seeing improving paychecks, and new research suggests the families with the lowest incomes are getting hit the worst.

The National Employment Law Project says since the recession, many workers' pay has stayed the same while cost-of-living expenses increased. This means people have less money for necessary goods and services — essentially, their "real" wages dropped compared to a year ago working the same job.

While the fluctuation was different depending on the job, the researchers say low-income families are clearly experiencing the greatest declines.

NELP researchers write, "Policymakers may want to pay particular attention to these differences as they set priorities for remedial action or determine appropriate policies and strategies to raise wages for certain kinds of jobs."

Jobs like the fast-food business, where movements across the nation continue to demand wages starting at $15 per hour.

Raising base wages is a divisive issue. Many corporations argue that will raise the cost of doing business, leading to either job cuts or passing the cost along to customers.

A few large businesses have reacted to worker demands, though. Business like Wal-Mart, Target, TJ Maxx and Marshalls are just a few of the large retail businesses to have announced raises to their minimum wages for hundreds of thousands of workers.

This video includes images from Getty Images and StockMonkeys.com / CC BY 2.0.