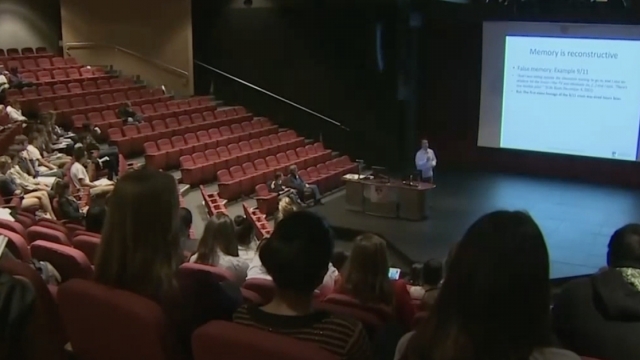 The expense of college with the cost of living is pushing some students into homelessness.

The cost of being a student in the U.S. is getting dangerously high, as inflation strains the budgets of most Americans.

Students, many piling on loans, are finding themselves scraping by to pay for classes, working long hours each week just to afford school essentials.

In California, an assessment from state lawmakers put the average cost of housing for a college student at $14,000 to $17,000 a year, costing more than tuition itself in some cases.

"Students who are experiencing these situations are sacrificing and willing to stop eating, skip rent, not pay their utility bills, and therefore it turns into a vicious cycle," said Paula Umana, who works at Kentucky Rehab Center and Homeless Shelter.

A memo from California's education finance subcommittee said last year that 5% to 20% of students at some of the state's biggest universities and community colleges reported experiencing homelessness at some point in their academic year. Plus, many report financial strain as a reason for dropping out of college.

California has 6.3 million college dropouts, according to an assessment this year from the Education Data Initiative. That's 16.1% of the population. The dropout rate in the state is much higher than the national average.

As President Joe Biden's plan to forgive some $10,000 in student debt for many borrowers sits on hold, squeezed students sit on pins and needles hoping for some kind of relief that will make it easier to get a higher education in America — and have somewhere to sleep at night.