Cosby Sells Out Show In Florida, Despite Rape Allegations 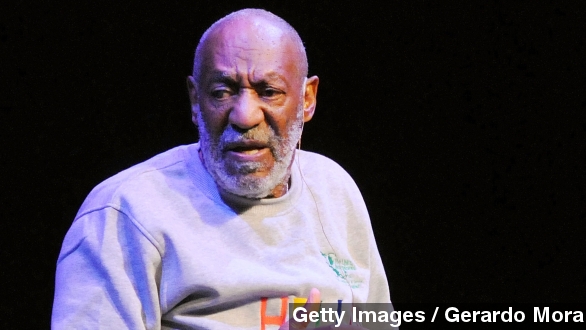 It seems some fans of Bill Cosby have been unfazed by allegations that he sexually assaulted several women. The comedian received a standing ovation Friday night at a standup performance in Florida.

"I opened my eyes and I couldn't find my teammate. Because when you run with your eyes closed you don't know you're going like this..." said Cosby.

Nine women have come forward just this week, claiming the entertainer assaulted them years ago.

Twice this week Cosby refused to comment on the claims in interviews. He even asked an Associated Press reporter on camera to "scuttle" the part of the interview in which he was asked about the rape allegations.

In an interview before Friday's show, Cosby told Florida Today, "I know people are tired of me not saying anything, but a guy doesn't have to answer to innuendos. People should fact check."

Florida's show seems to be an exception to the general reaction to the allegations against Cosby. TVLand announced it was pulling re-runs of "The Cosby Show" and both Netflix and NBC have canned projects they had planned with Cosby.

And several of his upcoming standup shows have been canceled.

And yet all 2,000 seats were filled Friday night at Cosby's Melbourne, Florida, performance. The crowd appeared nothing but supportive.

That's despite the fact that a radio station putting up a $1,000 reward to anyone who heckled the comedian during his show.

WPTV was at the event and spoke with a woman who protested outside the theater holding a sign saying "rape is no joke."

"I'm not saying he's guilty. I'm just saying I think that enough women have come forward. They need to be listened to and properly responded to. He needs to come out publicly and address it," said Julie LeMaitre.

"I want everyone to know he is innocent until proven guilty," said Wendy Daly.

"Why are they coming out now? Years later. I don't understand that part," said Barbara Powers.

"Put that aside and just really enjoy the show," said Cathy Lavigne.

Cosby has at least 28 other shows scheduled through May.