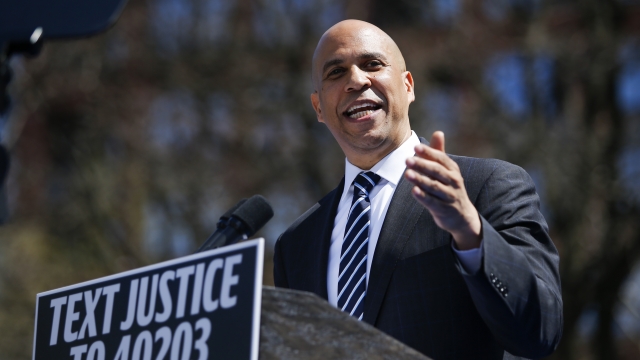 The Democratic presidential candidate detailed his sweeping plan online Monday. He says his proposals will keep guns out of the wrong hands, hold gun manufacturers accountable, and bring the fight to the NRA.

He also proposes closing a number of loopholes related to gun purchases and manufacturing. He wants to increase federal oversight for gun makers, expand to universal background checks, and prevent all kinds of domestic abusers from buying a gun.

As for the NRA, Booker wants the IRS to look into whether the organization has done anything to get its tax-exempt status revoked.

Booker isn't alone in campaigning on this issue. Rep. Eric Swalwell is making gun control the central issue in his campaign. And Sen. Kamala Harris promised to sign executive orders in her first 100 days, if Congress doesn't act on gun control before then.