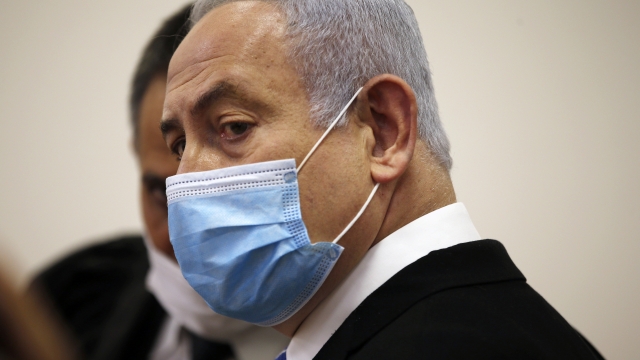 Appearing before protesting supporters outside the courtroom, Netanyahu slammed the justice system. He ridiculed the trial as a partisan "witch-hunt" by liberals and the media to remove him from office.

The prime minister says he is innocent of the corruption charges, including bribery and fraud. The trial was originally scheduled for March but was postponed due to the coronavirus pandemic.

The legal cloud hanging over Netanyahu has tainted three inconclusive elections between him and rival Benny Gantz.

The two have since come together to create a power-sharing government to help combat the pandemic.