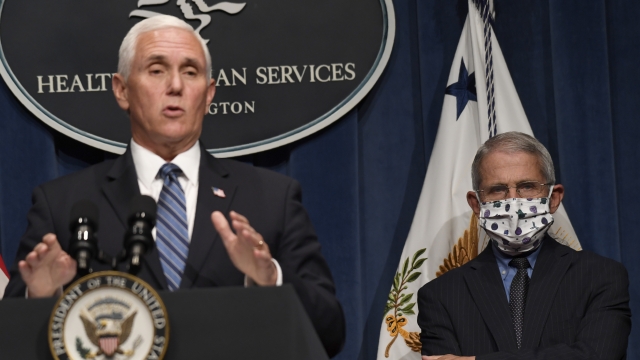 The task force is keeping an eye on 16 states where cases are rising. Increases in the rate of positive results raise the biggest red flag.

The White House Coronavirus Task Force stepped back in front of a microphone Friday, urging local officials to take action as new cases surge in 16 states.

"With a focus on community testing and community-based interventions," said Secretary Alex Azar.

It was the first task force press briefing in about two months, and it comes as some states are backtracking their reopening plans because of an increase in cases. Texas, Arizona, Florida and California are seeing some of the sharpest increases. More cases are to be expected with more testing, but it's an increase in the rate of positive results that raises the biggest red flag. Dr. Deborah Birx used Texas as an example.

Everyone who spoke Friday stressed that, as a country, we are in a very different place than we were when the pandemic began. Our understanding of the virus, how to treat it and who's most at risk have all greatly improved. But the responsibility for slowing the spread is on everyone.

Social distancing, washing your hands and wearing a mask are still the most important steps everyone can take. Vice President Mike Pence, who was the only speaker who did not wear a mask, stressed that people should heed the advice of their local leadership. But at the same time, he said the Trump campaign would continue to hold events with large groups of people.

"And even in a health crisis, the American people don't forfeit our constitutional rights. And working with state officials, as we did in Oklahoma, as we did in Arizona, we're creating settings where people can choose to participate in the political process, and we'll continue to do that," said Pence.