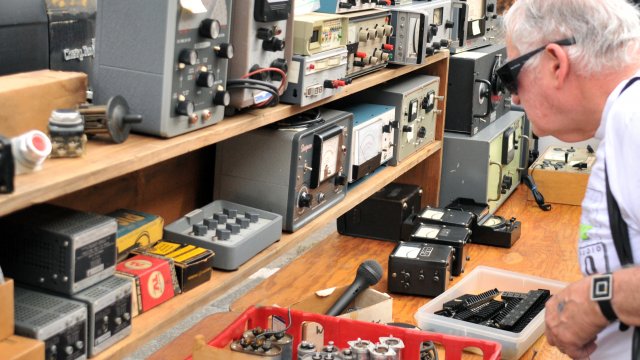 SMS
Criminal Groups Offer Coronavirus Relief For Informal Economy Workers
By Bianca Facchinei
By Bianca Facchinei
April 16, 2020
From the Mafia to drug cartels, criminal groups around the world are offering assistance to informal workers now out of a job.
SHOW TRANSCRIPT

Governments around the world are pumping out stimulus plans to offset the burden that millions of workers are suffering because of COVID-19. But these economic relief packages don’t help every person who's now jobless.

“The vast majority of workers in the informal economy are suffering right now,” said Robert Neuwirth, author of "Stealth of Nations: The Global Rise of the Informal Economy."

The estimated 2 billion workers in the informal economy — those who earn money that isn't taxed or reported — aren’t typically eligible for payroll protection or unemployment insurance. They include workers like street vendors and housekeepers. And like many workers in the so-called “real” economy, they're losing income right now.

“The drug gangs in Brazil issued a stay-at-home order in some of the favelas. This, as the government of Bolsonaro is denying that coronavirus is even a problem,” Neuwirth said.

It’s happening everywhere. In Italy, the Mafia has been handing out food. In Mexico, drug cartels are doing the same. In Afghanistan, the Taliban is assisting in quarantine efforts — a move even the U.S. State Department has commended. For workers, it creates a gray area of authority. It means many of them could become indebted to criminal groups as they wait for the economy to recover. But Neuwirth says this isn’t a new phenomenon.

“It’s only because of that vacuum and that government has not been willing to be there that the criminal element has been able to step up as a quasi-government,” Neuwirth said.