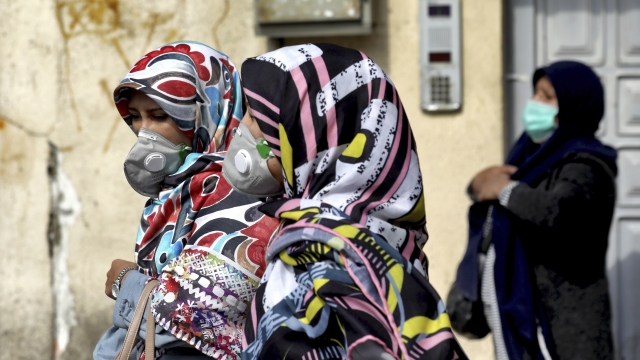 Iran's deputy health minister tested positive for the virus hours after he held a news conference on Monday.

An official overseeing Iran's efforts to contain the coronavirus outbreak is now infected.

Iran's deputy health minister tested positive for the virus hours after he held a news conference on Monday. He's since been quarantined.

The vast majority of confirmed coronavirus cases are in mainland China. But Iran has witnessed a recent surge in new infections. On Tuesday, a spokesman for Iran's health ministry said at least 15 people have died from the virus and 95 people have been diagnosed.

Over the weekend, the Iranian government shut down schools and universities in 14 provinces as a "preventive measure." Hundreds of hospitals have been tasked with tackling the coronavirus, but some medical staff say many are ill-equipped to do so.

At least five of Iran's seven neighbors in the Middle East have temporarily closed their borders to the country. And others like Saudi Arabia and Kuwait have suspended flights to Iran out of precaution.

An expert team from the World Health Organization was originally scheduled to arrive in Iran Tuesday to assist with the outbreak. But their trip was delayed and no new arrival date has been announced.