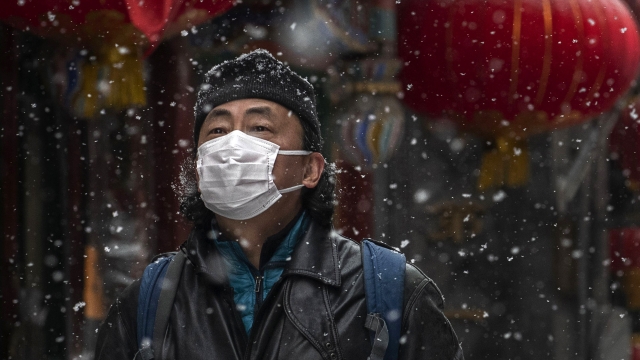 The coronavirus outbreak continues to challenge public health officials worldwide. But as they work to contain the virus, misinformation about it is reportedly driving xenophobic sentiment toward Asians.

Coronavirus was first detected last December in Wuhan, China. But fear of the virus has spread far beyond.

Some Chinese-Canadians, for example, have said they felt "singled out" due to the stigma around the virus. And just a few days ago, the University of California-Berkeley issued an apology after its health services center released material suggesting xenophobia was a "common reaction" to news about the outbreak.

Jason Chang is an associate professor of history and Asian American studies at the University of Connecticut. He started an open Google document cataloging xenophobic and racist actions toward Asians that have occurred worldwide since the outbreak began.

Chang said the xenophobic response to coronavirus is rooted in "really old stories" about Asians being "racially degenerate." He said although health officials have recommended a common-sense approach toward prevention, the irrationality of racism "knows no bound."

"You know, it was thought that leprosy was a Chinese disease, and that if we could only contain the 'Chinese lepers' from affecting all the other 'good people', we would be better off as a race," he said.

Gee said the virus has given people a platform to express "discriminatory, prejudicial attitudes they've had bottled up."

"It's, of course, certainly critical that we attend to the medical aspects of outbreaks such as the coronavirus, but we also need to attend to the social and political dimensions as well," Gee said. "Another way to say that is, people may be prejudiced but diseases are not."