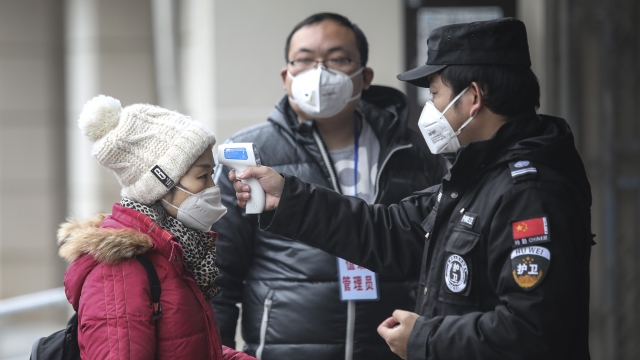 Several Chinese cities have been put on lockdown as health officials are scrambling to stop the spread of a new coronavirus outbreak.

Authorities shut down operations at train stations and the airport in Wuhan on Thursday, where more than 11 million people call home. Other modes of public transportation out of the city, including ferries and buses, have also been suspended.  Similar travel restrictions have been put in place in two other nearby cities.

A World Health Organization representative told Reuters the agency did not request the lockdowns, saying shutting down traffic in and out of Wuhan is "unprecedented."

The coronavirus outbreak originated in Wuhan. It's killed at least 17 people between the ages of 48 and 89, and infected at least 570 more. The majority of those cases are in China, but patients have also been confirmed in other countries like the U.S., Thailand and South Korea.

The lockdowns, which are in place for an indefinite period, come as the country is about to begin its Lunar New Year holiday.

But not every city will be celebrating the way they usually do because of the coronavirus. As a preventive measure, Beijing officials have canceled all of the large-scale events for the holiday that usually draw large crowds.