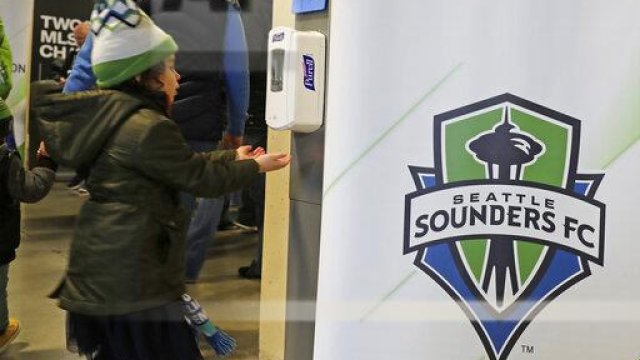 In an effort to stop the potential spread of the coronavirus, many of North America's top sports leagues have announced they will stop play temporarily.

On Wednesday night, the NBA announced it was suspending all games until further notice. In a statement, the association said, "The NBA will use this hiatus to determine next steps for moving forward in regard to the coronavirus pandemic." At least two players have tested positive.

The NCAA originally announced it was going ahead with the men's and women's basketball tournaments, but with no fans in attendance. But Thursday afternoon, it decided to go ahead and cancel the much-anticipated tournaments.

The National Hockey League also announced Thursday it was suspending operations indefinitely. The league released a statement that said, in part, "Our goal is to resume play as soon as it is appropriate and prudent, so that we will be able to complete the season and award the Stanley Cup."

Major League Soccer, which just kicked off its 25th season, is suspending all games for 30 days. U.S. Soccer has also canceled all the men's and women's national teams' games slated for March and April.

Major League Baseball canceled the rest of spring training, which was supposed to last until late March. It also pushed back the start of the regular season by at least two weeks.

There are a couple leagues that are still active. Both the PGA Tour and NASCAR announced they will continue with their current event schedule, but fans won't be allowed to attend.