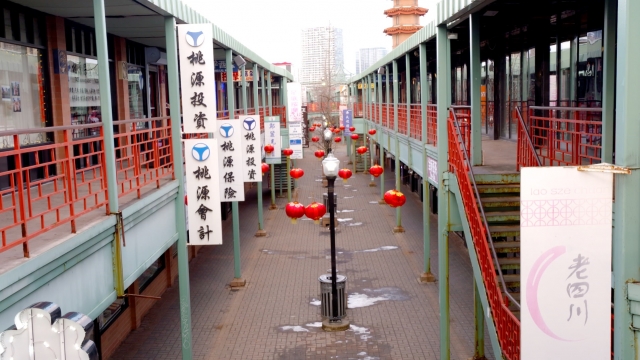 The Coronavirus, also known as COVID-19, has been in the news a lot and has stoked fear and anti-Asian sentiment. Misinformation has spread about the outbreak, which originated in China, and has affected businesses in Chinatowns across the country.We're here in Chicago's Chinatown. Some of the restaurant owners I've spoken to say winters are typically slow in terms of foot traffic because of the weather. But this year, it's been slower than normal. Fears of the coronavirus may be to blame.

"I worry. [I am] very worried because business is slowing down, but I don't know how many percent. For sure, business is down," said Lisa Tsang.

Tsang helps her mom and sisters at their more than 30-year-old family-owned bakeshop, Saint Anna. What keeps them afloat for now are their regular customers, but they've seen a dip during the weekends.  While there are two confirmed coronavirus cases in Illinois, the carriers are from a Chicago suburb —  a 44-minute drive from Chinatown. The women here want to stress that fact, and also that Chinatown is open for business.

Suk Tsang: "Let the people know that Chinatown is safe."

Down the street at an Asian grocery store, the manager we spoke to said the store has lost about 10-20% of its customers. So they found a creative way to make ends meet. 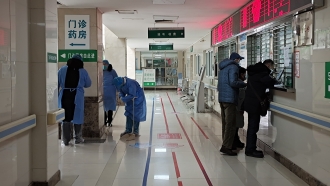 Manager Shanli Wu said: "It's not a large number, and definitely we can make up for that. Yeah, we can just try to sell other merchandise that can cover the loss here."

Chinese restaurant MCCB has seen a 30% loss of customers. Kai Lang, the owner, said he's seen a decrease in customers of Chinese and Asian heritage.

He said: "For American people, like this past Saturday it's packed and we have a line waiting. ... They don't seem that worried or afraid. Maybe Chinese people are more aware of their country and they heard different news. Maybe that's what scared them away."

This isn't just happening in Chicago's Chinatown. We looked through nearly 200 news reports and found at least 11 Chinatowns across the U.S. have also felt an economic impact. Those places include New York City, Philly, San Francisco, Long Island, Seattle, L.A., Oakland and Houston.

In Houston, the coronavirus scare has crushed major Chinatown businesses after a rumor circulated through social media that a store owner was infected and that his shop was closed. Kenneth Li from Houston's Asian Chamber of Commerce said businesses have yet to recover from this misinformation.

He said: "There is no single case [that] happened in Houston.  All this is false information. People should come back to shop and eat as usual." 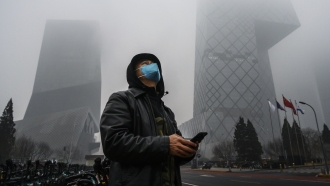 In order to alleviate fears, some Chinatowns have taken proactive approaches to addressing the situation. Houston held several press conferences with politicians and health officials, and so did Chicago's Chinatown Chamber of Commerce.

Dr. Allison Arwady, the commissioner of the Chicago Department of Public Health, said: "The risk to the general public from this new coronavirus remains low at this time. ... No need to wear masks in public, no need to cancel events, and certainly no need to avoid coming to Chinatown."

After New York Magazine reported that some New York City Chinatown restaurants felt like "a ghost town," New Yorkers and visitors showed their support by attending a recent Lion Dance parade. Chicago also kept its recent Lunar New Year Parade as planned, even though there were fewer attendees than last year.

Mabel Moy, the president of the Chicago Chinatown Chamber of Commerce, said: "Once you cancel it, it affects a lot of people. And you will send the wrong signal. ... Then you will kill all the business. ... We stood firm, and then we got through that, and now is the time for people to come back to Chinatown."