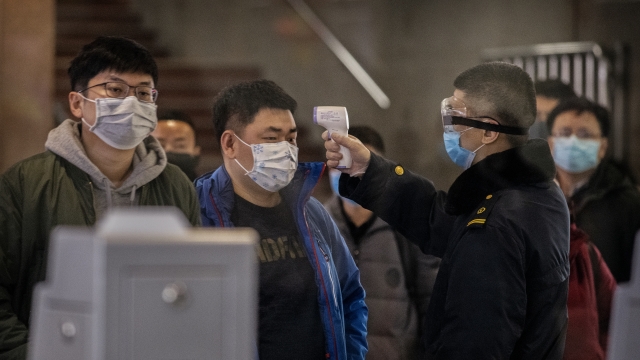 The coronavirus death toll has risen to more than 800 after another 89 deaths were reported Sunday. That means it's now surpassed the number killed in the SARS outbreak of 2003.

According to the World Health Organization, the total number of confirmed coronavirus infections has increased to more than 37,000 worldwide.

But it's important to note that the numbers reported may not be entirely accurate due to the severe strain Chinese hospitals and testing facilities are experiencing.

What we do know is this is a very intense outbreak in mainland China which has now trickled into other countries around the world as well.

China has allocated billions of dollars to containing the epidemic and investing in medical supplies and research.

U.S. Secretary of State Mike Pompeo also announced additional aid to help combat the outbreak. This came the same day an American in China was reported dead from the virus.

"Yesterday we announced more than $100 million in assistance to China and the countries that are affected by that virus. And on that note too, I just want to take a moment to note — I want to send my condolences to the loved ones of the United States citizen who fell victim to the coronavirus in Wuhan over the last days."

According to the World Health Organization, as of Sunday there were over 300 confirmed cases in 24 countries outside of China. That includes 12 cases within the United States.