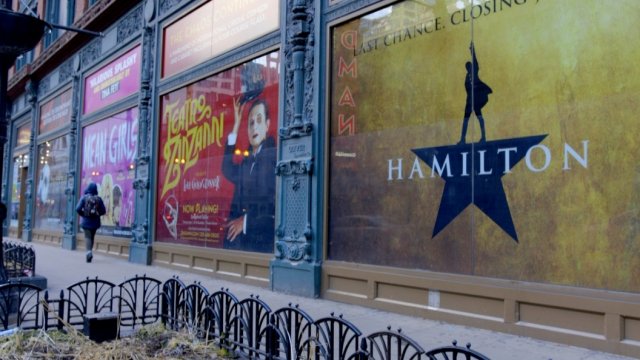 Some theaters may be able to recoup some of their losses via insurance, which would not have necessarily happened if they'd closed voluntarily.

It's lights out on Broadway — and except for a couple of strike-related closures, this will be the first time the heart of American live theater has shut down since 9/11.

And it's not just New York.

Many theaters may be able to recoup some of the losses through insurance, which would not have necessarily happened if they'd shut down voluntarily. And sources told Newsy that the Chicago Shakespeare Theatre will continue to pay the employees affected.

Actors Equity, the union that represents some 51,000 actors and stage managers around the country, tweeted that the impact on people in the industry is uncertain.

Calling the situation "uncharted territory", the union asked a question on the minds of so many Americans right now: "Will I be paid?"

The union said it has joined the long line of workers groups now asking that very question of the U.S. Congress.