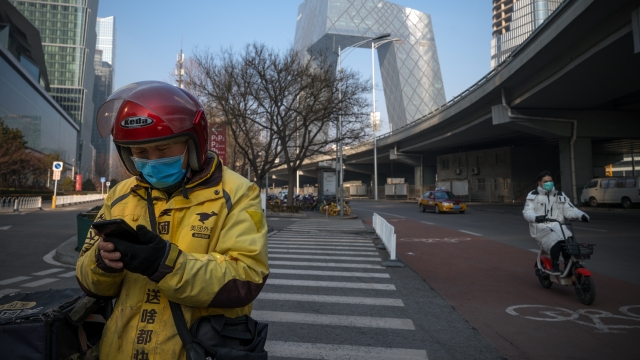 SMS
Coronavirus Cases Continue To Rise As Extended Lunar New Year Ends
By Katherine Biek
By Katherine Biek
February 10, 2020
The outbreak has killed at least 910 people and infected more than 40,000 across the globe.
SHOW TRANSCRIPT

The extended Lunar New Year holiday is officially over — meaning millions of people in China are returning to work.

The holiday was originally supposed to run from Jan. 24 to Jan. 30. But government officials extended the holiday in an effort to control the spread of a deadly coronavirus outbreak. Some provinces pushed the holiday's end date to Feb. 2. Others asked businesses not to resume working until Feb. 10.

The outbreak has killed at least 910 people and infected more than 40,000 across the globe. This means the coronavirus death toll has surpassed the number killed by SARS, or severe acute respiratory syndrome, during the 2002-2003 outbreak.

The majority of cases of this new coronavirus are in China, where the illness originated. But the second-largest outbreak is on board a cruise ship docked in Japan. At least 135 people on the ship have been diagnosed with the virus. Thousands of others on board remain under strict quarantine and haven't been allowed to leave the ship.

The Chinese government announced over the weekend it's begun cracking down on what it called "medical-related crimes." People could face jail time and even the death penalty if they're discovered refusing quarantine, attacking medical personnel or destroying property at medical facilities.