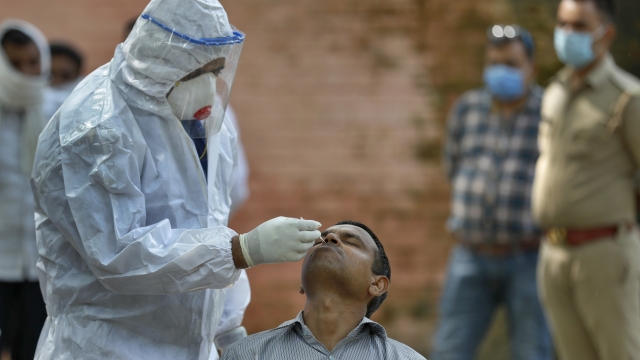 The country's health ministry added more than 82,000 new cases in the past day. Just over 1,000 people died from the virus in that same 24-hour period, bringing the total number of deaths to more than 95,000.

India's infection rate is rising quickly, and the country is expected to overtake the U.S. as the pandemic's worst-hit country in the coming weeks.

In the past week, nearly one in every three new infections reported in the world and one in every five reported deaths were in India, according to data from Johns Hopkins University.

Despite all that, India has the highest number of recovered patients in the world at 5 million. Its recovery rate is 82.5%.