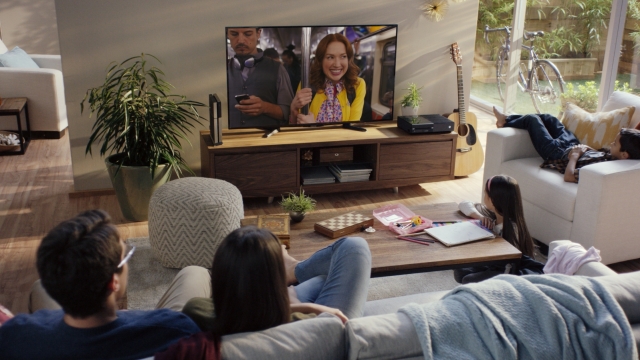 SMS
The Coronavirus Is Accelerating Entertainment's Digital Evolution
By Casey Mendoza
By Casey Mendoza
March 13, 2020
Hollywood is attempting to run show business like normal by substituting physical venues with digital ones.
SHOW TRANSCRIPT

Social distancing meant to keep the coronavirus at bay is giving people a lot of time to spend at home — and more specifically, in front of a screen.

"I think that any time you have a situation where people are, either by preference or by requirement, have to stay at home or not gather in big groups, they want to do something."

Entertainment analyst Brett Sappington told Newsy that in the short term of the coronavirus pandemic, the streaming and television industries will likely see an uptick in use.

Companies like Hulu and Disney Plus, as well as soon-to-be-released platforms like Quibi and Peacock, are likely expanding their spending on digital ads to garner more viewers stuck at home.

Hulu is one of several companies canceling live promotional events in favor of video presentations.

And because SXSW is canceled as well, filmmakers who were set to present movies there now have the option to stream them online.

These decisions signal attempts to run show business like normal — substituting physical venues with digital ones. But not every facet of the entertainment industry has the same opportunity.

Shows like Netflix's "Russian Doll," Disney's "The Falcon and the Winter Soldier" and Apple's "The Morning Show" — among dozens of other titles across every major studio — have all halted production.

Movies, and specifically movie theaters, may take the hit even harder for the long term.

"Movies theaters, really, that's my favorite type of entertainment. And they're already struggling. So anything like this that prevents people from attending or worrying about who sat in that chair last, I think is a real problem."

Both AMC and Regal Theatres are cutting ticket sales to 50% of their theaters' capacities, in accordance with CDC guidelines. And some of the most-anticipated titles of the year — like Disney's "Mulan", Universal's "No Time To Die" and "Fast and Furious 9" — have all had their releases postponed.