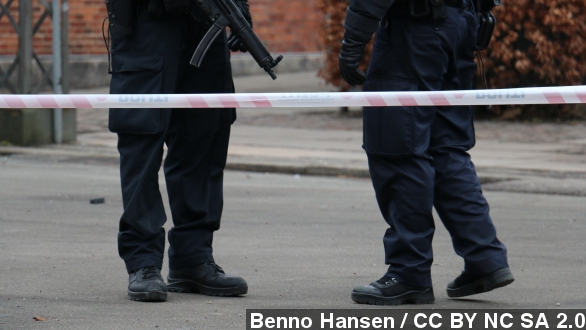 Authorities in Denmark have killed the man allegedly behind two attacks in Copenhagen, and now they're looking for a motive.

Danish intelligence has cited the Paris attacks last month as inspiration for this round of attacks and that the gunman may have been inspired by ISIS promotional videos. (Video via DR)

The 22-year-old Danish-born gunman — whose name police haven't yet released — carried out two separate shootings Saturday, one at a cafe and one at a synagogue, before dying in a shootout with police.

Vilks faced death threats for a drawing of the Prophet Muhammad, published in a regional newspaper in 2007. (Video via Youtube / wideseen)

The second attack, on the synagogue, killed a 37-year-old security guard who was keeping watch during a bat mitzvah.

Danish Prime Minister Helle Thorning-Schmidt called for unity in the face of the attack and said Denmark will do everything it can to protect its Jewish community. (Video via The Telegraph)

Israeli Prime Minister Benjamin Netanyahu took the opportunity to warn Jewish people in Europe of what he called a "wave" of terrorist attacks against them that he expected to continue. He urged them to emigrate to Israel. (Video via The Jerusalem Post)

For his part, Vilks told outlets he believed he was the target of the first attack. The New York Times reports Danish authorities had stepped up their protection of Vilks since last month's attack on French satirical magazine Charlie Hebdo.

This video includes an image from Benno Hansen / CC BY NC SA 2.0.